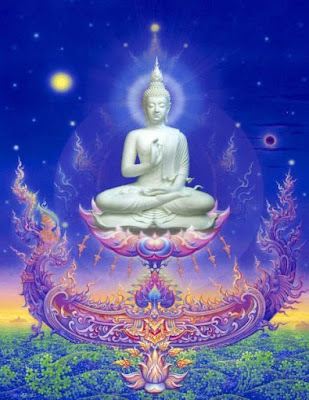 The time-conscious Easter Rabbit is late this year: with a second, mega-strong Full Libra Moon the reason for such a tardy Easter bunny festival. As we head down the Full Moon rabbit hole (Did you see the black hole photo announcement?!), let’s check the usual formula for timing this most important festival which represents revival and transformation through self-sacrifice and death (of ego, winter – and Christ) which then leads to the resurrection (of Sun and Godhead), and that is the first Sunday after the Full Libra Moon after the Spring Equinox is the celebration of Easter. As such, this is a Lunar festival which moves around from year to year.

Way back in 1583 the Church made 21st of March the official date of the bright and promising Solar Fire Festival, Spring Equinox. Fast forward 450-ish years to 2019 and Equinox fell on 20th March, swiftly followed by the first Full Libra Moon at 0°. But because this is a Zodiac Blue Moon, i.e a second Full Moon in the same Zodiac Sign, (as well as being the traditional Farmer’s ‘Pink’ Moon) the Church is astrologically, if not technically following the rule correctly. Anyway, in the light of Notre Dame losing its roof and treasures, our thoughts go out to those devoted to ‘Our Lady’, the sacred Goddess ;)

☆ The First Libra Moon at 0° was a month ago with the ‘Awakening Moon’, interestingly within orb of the recently announced image of M87’s Black Hole, aligning also with Laneakia, ‘Immeasurable Heaven’ and the heart of the Galactic Super-cluster, to which our Milky Way is an integral part. We have got to think BIG with such astronomical portents: there is no planet B, and being a human is a very rare thing in this universe (it would seem). Awakening to this bigger picture and our unique place in the universe can also replace any feelings of paucity or even small mindedness.

The Black Hole Sabian symbol also mentions waking: ‘The dawn of a new day reveals everything changed. The ever-present possibility of beginning again on a foundation of new values.’ This is a very hopeful discovery. Don’t give up on anything you consider important now!  Bear in mind longer cycles which show how we are traversing a time when old structures and traditions which cannot, for whatever reason, renew or refuse to be responsible for the karmic consequences they create and, indeed, have been busy creating since at least 1983-83 (as well as within the last 200 years), which are to be magnificently transformed in the coming couple of years. Some will be razed to the ground in order to be like a phoenix rising from ashes, stronger and renewed.

☆ A month later than the Awakening Moon, a powerful demand for change once again commands attention for many reasons; and one of those is the ‘Zodiac Blue Full Moon’ which reaches the very last, 29° ‘anaretic’ degree of balanced Libra. This second Libra Full Moon means we are already experienced with the skillset found with Libran scales: beautiful poise, just morals, peaceful heart, all wonderfully executed within partnership and mediation (we hope). Yet only an hour after culmination, 11:10UT Friday April 19th, Luna shifts into Scorpio, accenting total metamorphosis. Scorpio is the sign of life, death and rebirth. Be aware: it is just after the Full Moon that situations are ripe for sudden and dramatic alteration. Secrets could spill and resources examined. Trust in the process of renewal is the key successful outcomes.

☆ This is a potent Full Moon chart in so many ways; not least because a second Full Moon in the same zodiac sign is the ‘Blue Zodiacal Moon’, elevating cognizance with a hotline to the Divine. Occasionally, it seems, we do need a second crack at understanding how we feel, especially when it comes to relationships, and Libra rules all kinds of partnerships and contracts, in business as well as love. A Full Moon in Libra teaches us how to love and be fair without losing our sense of self, as it reflects the light of the self-orientated Aries Sun.

☆ These Blue Zodiac moonbeams ride soulful blessings before the Full Moon, with a mindful Thursday 18th leading into the decidedly perceptive Easter Friday, and the second Libra Full Moon of the fertile Earth Sow year. Whether it is a Good Friday will depend upon tapping into emotional intelligence for inherent wisdom to shine though, so we can more easily stay on centre, release the old and welcome the new with sentient awareness.

A swift and sudden change of circumstance that has the potential to heal – even the collective chaos is slowly awakening to the need to heal: a theme shared with the exalted Aries Sun, also at the anaretic degree of 29° of the Ram. This is because Sol moves into Taurus exactly a day later, to join the planetary agent of change, Uranus (more on this in a moment). Restorative shared value systems are cosmically bound to come into the spotlight. Over the three-day Full Moon, i.e. Thursday, Friday and Saturday; both luminaries, the dynamic Aries Sun and thoughtful Libra Moon, shift signs first with a whimper and then with a bang.

All-the-while the Moon is once again a singleton with a rare and phenomenal run of five Full Moon’s in a row. Yet the Moon being on her own during her phase of culmination is coming to an end: this is the last time she will be unaccompanied. For the next Full Moon, Wesak Full Moon May 18th, Luna begins to approach lucky Guru Jupiter which is currently retrograde. So whatever is going on in our personal lives, Jupiter is the synthesizing agent within this horoscope, possibly going over old ground, seeking hopeful solutions to issues that can have galactic import.

But for now, all planets are on the other side of the sky for Luna to again hold the handle of a basket of portentous and heavy, weight-bearing planets. Once more the Luna Libra lovelight bestows reflective wisdom to the heart and soul of the people, encouraging us all to look at the karmic consequences of destructive actions and emotions. This time, however, it is how we specifically feel about beauty and art, law and finances, peace and power, and how we harmonise and balance in these areas.

☆ If you want your prayers to take affect this Moon is a perfect time to make offerings. Love Goddess Venus (the planetary ruler of equanimous Libra) is still exalted in Pisces, defining cosmic and compassionate love. This second Moon is also called the ‘Christ Moon’ or ‘Krishna Moon’; therein lies the clue to our colourful blue factor: many Indian and Tibetan deities are blue in colour, indicating healing qualities as well as royal connections (to the Spirit Sun within). Blue heals on many levels; it soothes and cools anger and aggression and aids in clear and concise communication.

Working with colour can produce positive healing results. But there’s also the dynamic shape of this Full Moon chart to consider, when we include the nodal axis: The Cardinal Cross of the Central Spiritual Sun. This is perhaps the most dynamic Full Moon of the year, with various aspects ramping up the impulse to rebel as the Sun is with planet of change, Uranus, as well as healing asteroid Hygeia and hypothetical Vulcan melting and reforming, and creating the new and exciting. Such an emphasis within the Cross indicates we need to re-forge and reshape our relationship with spaceship Earth.

☆ Change may be the order of the day but we humans are creatures of habit. Even when addictions are negative and toxic we can hold onto habits, kicking and screaming if anyone should suggest we make any modifications, to diet, exercise, lifestyle, thought patterns. And when we look at the bigger picture of where we are now faced with so many end-days scenarios, many are fearful of a world without all the things we have become dependent upon alcholo, sex and drugs yes, but also plastic, fuel and wifi pollute. Yet there are other, healthier ways to live, which when allowed to flourish heal quickly and deeply; ways that won’t upset the children and impart care and hope for a healthier future.

So while change can be very upsetting, when it comes in the form of the loss of work, loved ones, species, much-loved buildings, it all accents the very nature of impermanence. Much of the pain involved in times of transformation is held in a mindset locked in fear, pain and insecurity. This is very understandable. Any kind of change is often fraught by not knowing how to adjust and thereby experience what Buddhists call ‘the first kind of suffering’: the suffering of change. Even when we accept nothing stays the same forever it’s still often hard to take that first step towards a different road. Still, I ask, isn’t it better to voluntarily amend rather that be bitter or resentful about any change forced upon us? You see, it’s how we make the most of the opportunities which often come from leftfield during times of adjustment. Sometimes we react instinctively, which is okay if you’re a lifetime meditator. But with the airy Libra influence AND spacy, liberating Uranus with the Sun, opposite the Libra Moon, we will do well to give ourselves a little space or time to think before reacting. This is true when faced with any kind of provocation: think before acting or saying and doing something you might later regret. In said ‘space’ one can even grow wisdom and understanding. Breathe before reacting upon impulse; better to ask what kind of outcome to current developments will be for the benefit of others – as well as oneself.

☆ To summise, 2019’s double-whammy Libra Full Moons are a celestial wake-up call to surround and emanate love. Socially minded Libra is a leading Air sign, encouraging us to breath into a calm and emotional centre and strengthen the connection to those around us in a profound and meaningful manner, as well as prepare for the inevitable time of renewal, renewal of self-love and love for others.

Be well. Be LOVE!
And actively create balance.
This Good Friday Full Zodiac Blue Moon is also Passover (another festival of liberation) AND Hannuman Jayanth, celebrating the birthday of India’s great and powerful Monkey God, Hannuman.

Until Wesak, I wish all a very happy Easter Good Friday Full Moon. May the blessings imbibe strength and be beautiful and loving…
with LOVE from Astro Dakini Laura
aka Agent87 for the Cosmic Intelligence Agency

& thanks to Thai artist, Chalermchai Kositpipat  for image_/\_

Posted by Dharma Stars by Astro Dakini at 18:28 No comments:

Dharma Stars by Astro Dakini
During times of change & evolution, a personal astrological consultation with Laura Boomer Trent (aka Astro Dakini - Agent Dakini #87 at the Cosmic Intelligence Agency) can clarify any given situation & provide necessary tools to realise potential. An in-depth astro-session helps accept the past and live fully in divine presence; aware how each magical moment we consciously co-create with the universe a future we would like to realise. Email for all enquiries. Blessed by wonderful teachers in both Buddhism and astrology (Western psychological astrology as well as Tibetan, Indian & Chinese), I explore ideas & heavenly alignments that inspire, heal & transform, helping to walk life’s sacred path towards positive & life-affirming personal progress and collective development, so all beings may be happy. I also teach, and have read thousands of charts over 35 years of professional astrological experience. Please note: my work is copyright. Share with friends & family but please credit & if you wish to publish, please ask – Thx - Celestially yours, with dharma love & rainbow light, Laura Boomer-Trent _/\_♥ॐ